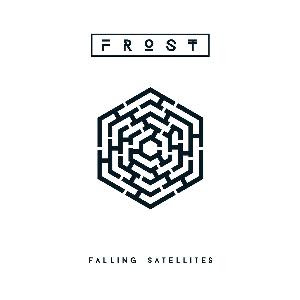 The band is a quartet on this album with a lineup of guitars, bass, drums, keyboards and vocals. Joe Satriani is guesting on guitars on some tracks.

I have reviewed their first two albums and have always noted how commercial their music is. Some reviewers in ProgArchives has even labeled their music "pop music".

I am not so sure about that. Pop music is Beiber, Rihanna, Abba etc etc. Frost does not play pop music. But their brand of progressive rock is very commercial and in the same vein as Muse.

The music on this almost one hour long album is very catch though. But it also grows on the listener.

The basis is neo-prog with a lot of rock and metal elements. And yes, there are also some pop music elements here. The music is reasonably complex too and that saves the music from falling off the progressive rock scene.

The music is also very majestic and is also suffering a bit from delusion of grandeur. The music also has a very contemporary sound which means the soaring bits is full of synths and voice effects. Vocals which already is good enough.

Still........ This is a very good album indeed. It is close to be a great album indeed. It is also their best album by a few miles. I really like this album and is putting the band back on my list of bands I should follow very closely. Check out this band.