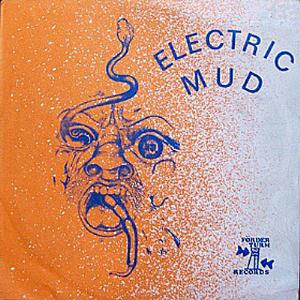 Electric Mud was a four piece band with a lineup of organ, bass, drums, piano, guitar and German vocals.

Nominally a member of the krautrock scene, Electric Mud offered a different take to this genre. This genre had bands who were all over the place in this big country of West-Germany. There is a long way from Munich to Hamburg. Not to mention the satelite in DDR called West-Berlin. The German krautrock scene was pretty big in the numerous industrial towns between Munich and Hamburg. It is the story of the rebuild of Germany after the war. The story ended with the reunification of Germany in the 1990s. But the 1970s gave us a lot of great music.

Electric Mud's music is pretty primitive based on a strong guitar and a strong supporting role by the organ. The piano is also giving the songs here something different again.

The vocals too is different and special. A bit hard to define. But they works.

The music is medium hard rocking without the big bombastic explosions. There is a lot of blues feelings here. Ditto for soul. The music is pretty melodic and vocals driven.

This album is thirty-six minutes long. It is divided on four songs. There are some good things here. A few bits of good things. But most of the album is decent enough from a band who never really made it. The album was also released on an obscure label and re-released on CD on an even more obscure label. Hence this band's lack of popularity. That too is due to the lack of quality of their music.

Check out this album if you like medium hard rocking krautrock.