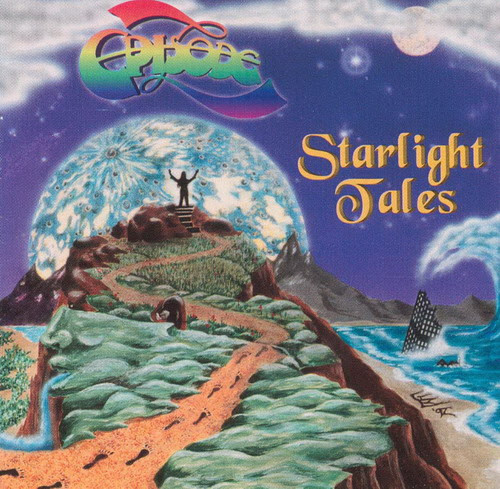 Episode was a five piece band with a lineup of synths, keyboards, bass, drums, guitars and vocals. Both male and female vocals. The vocals are OK. Not particular great and not too bad.

I very much liked their 1989 debut album Into The Epicenter and awarded that album a four pointer. So I was looking forward to sink my teeth into Starlight Tales, four and a half years after liking their debut album.

The music here is not overly technical or complex. There is a lot of emphasis on light and shade here. A lot emphasis on the more pastoral and melodic aspect of symphonic prog.

The biggest killer on this album, the biggest weakness, is the horrible production and sound. It is so limp and lifeless that we are in the suicide territory here. This is the best example why symphonic prog album should be produced. This album has not been properly produced and it therefore falls dead on it's face.

There are a good album lurking somewhere here. But it died somewhere on the road to being published. Hence my rating where the death has been confirmed. What a shame !