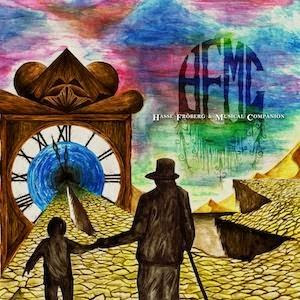 The third album from this Swedish musician.

Hasse Froberg has been a member of The Flower Kings for a while now where he has been doing some vocals and guitars. During one of their breaks, he released his 2010 debut album and followed it up with the second album in 2012.

The band is a five piece band with Hasse on vocals and guitars. The other instruments are lead guitars, bass, drums and keyboards. All of the musicians are Swedish.

It would not come as a surprise that the music and sound is well within the Swedish symphonic prog genre. Anglagard, Kaipa and The Flower Kings is obvious references.

The Swedish sound is still present though and that makes this album very interesting and a must-have for those of us who love that sound.

It has to be said thoug that the music here is good on this one hour long album. The band does all the right things and pushes all the right buttons. But this is not the most interesting album in the scene and it feels a bit like the band is going through the motions here. Nevertheless, this is a good album.