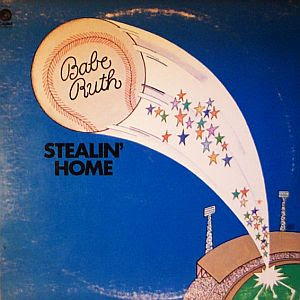 The band continued on with some good success in USA, UK and Canada. The band was again a five piece band with keyboards, bass, drums, guitars and vocals. The female vocals of Janita Haan is off course present here.

But I did not know that the UFO and Whitesnake guitarist Bernie Marsden also played on the final two proper Babe Ruth albums; this one and the follow up.

The guitars are pretty heavy. The music is boogie and heavy metal. There is nowhere to hide this fact.

There is still a lot of quality in this band despite of the not so good songs this band is having to perform and record here. They manage to get a forty minutes long decent album out of this.

The songs are quite decent throughout and the musicians does what they can. The hard rock here is a bit naive and innocent sounding. It is still an album I can do without and I will pass over their final two albums.

This is a decent album from a band whose first album was a good one and the rest of their albums not so good.