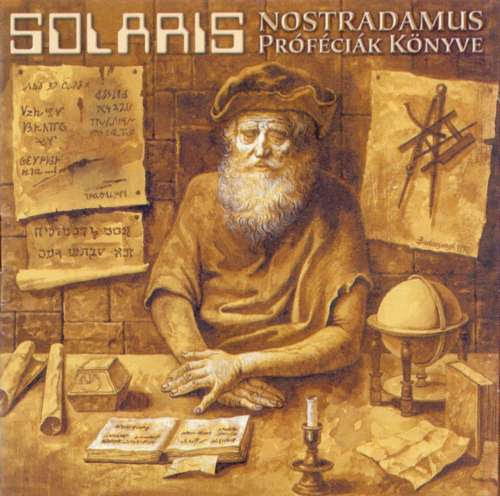 Solaris was and still is quite a popular and respected band from Hungary. Their debut album is regarded as quite a classic album by everyone except from myself.

The band was a six piece on this album with a lineup of synths, keyboards, Moog, bass, flutes, guitars and drums. The music is instrumental.

The art work on this album is quite a great classic album cover. The music on this sixty minutes and one second long album is a mix of classic music, fusion and symphonic prog.

Take Camel's instrumental work and make them a much more classic music and jazzy orientated. Then you both get this band and this album.

There is a lot of good old keyboards sound here in addition to some gothic monks singing and doomy guitars. The album is pretty dark and in line with Nostradamus prophecies. They were not particular uplifting prophecies. Hence this pretty dark album.

Unfortunate, there is no great music here. It just meander away, the music. It does not really make any favourable impressions on me and I wonder what all this fuzz about this band is all about.

This is a good album from a good band. And that is all I can say.