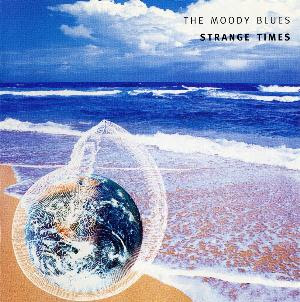 The fifteenth album from these English legends.

John Lodge and Justin Hayward is still on board. They have got company of two others on this album. The lineup is keyboards, guitars, bass, drums and Justin's vocals. His vocals is a flicker of light on this album.

An album which gives us one hour of light hearted pop music. Where other bands are still striving to create great music on their final albums before the physical frailties and families finished of their career, cue Iron Maiden, Rush and Rolling Stones, bands like Moody Blues just goes for the final payday and releases albums which is so poor that it sullies their good reputations.

It sounds like they are trying a bit on Strange Times. Their sound is still a bit here. But the music is poor old housewives pop. It is music for those who has stopped living and want cheap and nasty music instead. They get that on this album. A truly horrible album with overly sugary pop music and cheap melodies galore. It is a turkey.