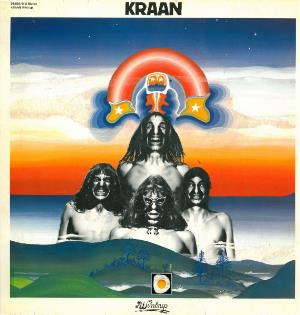 I really liked their debut album and was looking forward to this, the follow up album.

The lineup of four band members and sax, guitars, bass, drums and vocals was still there. The sound was also good and there was still a great deal of experiementations on this album.

This thirty-seven long album is much more melody and song based than the debut album. It has a psychedelic sound with the sax, guitar and vocals in the foreground. They works as a holy trinity on this album. That makes a bit of a strange sound. A bit of a jazzy sound too. There is a lot of jazz influences on this album, indeed.

The overall quality of the songs, the details and the melodies are very good indeed. It is one of the better albums loosely related to the krautrock scene. This is by all means a krautrock album and one I really rate very highly.