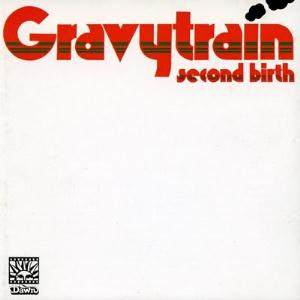 I quite liked their second album (and I have just ordered their debut album). Nice hard prog in the good old British tradition.

The album title refers to them leaving Vertigo Records and going their own way on a new label with a lot of new inspirations. And there is indeed a lot of news here compared to their second album A Ballad Of A Peaceful Man. The band had got new life indeed. But perhaps not the kind of life everyone like.

The sound has become a lot harder and rawer. It has also some influences as diverse as Neil Young and the US hard rock scene. Two very different styles incorporated into this album. You will find a lot of flutes, guitars, bass, drums and vocals here. There are also some more sporadic saxophones and keyboards here.

The result is a pretty raw and hard rocking album. The result is also an album with only one good song; the very much Neil Young inspired/rip off September Morning News. That is a ballad, btw. The rest of the songs has some good ideas and that's it.

The end result is a decent to good album. No less and no more.