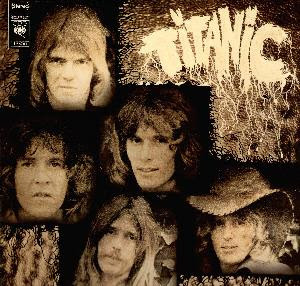 Norwegian rock was nothing but copies of other bands back in those days. Titanic though had some success with this album and a big single success with the song Sultana taken from this album as the B side of another song. Nobody remembers the name of the A side of the single.

Sultana was a Santana rip off and an oddity on this album. This album consists of a mix of hard rock and psychedelic prog. Which more or less was the norm back in 1971.

Just to get rid of any hints of Norway and heavy accent vocals, the band had an English vocalist. The vocals are good. The organs, guitars, bass and drums are good too.

What is not good here is the songs. Pretty standard and dull in my opinion. Sultana is by far the best song here. That song is not representative for this album though. There are some sporadic good melody lines throughout this album. This album is therefore a decent to good album.