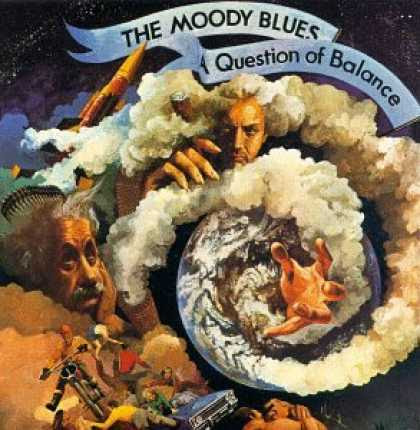 Their sixth album and their first album from the 1970s. The Moody Blues was an English band and one of the most famous and respected bands in the prog rock movement.

Well, I believe that. There is not much progressive rock on this album though. The songs here are short and sweet. They are pretty similar to the mid-era The Beatles. The Moody Blues have gone much backwards towards their debut album on this album.

Their debut album was a beat album and there is a lot of beat here too. That and some rather sophisticated pop-rock too. They still retains their great sound from the previous four albums. But the songs are shorter and much more punchy commercial. Justin Hayward is as per usual great on vocals. Besides of that, the first two songs are very good. The rest is not so good.

This is good album with some sweet melodies from a band who took the ball from The Beatles and ran away with it.