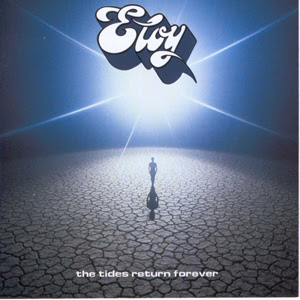 The sixteenth album from these German legends.

Their previous three albums had been very poor so the news of a new Eloy was not greeted with excitement. There was a new wind blowing over Germany and the rest of the world at that time too. Eloy was not going to change that.

And, yes we can find this new wind, a bland type of music, on this album too. Take the final two Pink Floyd album (not the 2014 one) and you got this album to a large extent. You even get a wailing female vocalist here too on a couple of tracks. Couple that with mostly AOR and you get this album.

When that is said, there are some fresh green shoots on the Eloy which promises a lot. The band were in remission from the bad times. There is still enough bad pop and AOR here to make me groan in pain. But I have heard a lot worse Eloy albums than this one. It is a decent enough album who unfortunate has not survived the test of time. It is very much a 1990s album with all it's ills and plastic sound. Then again.........