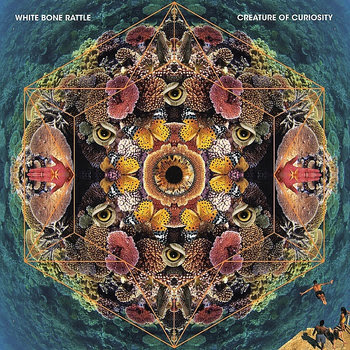 A British band with what I believe is their debut album. I may be wrong, though.

White Bone Rattle has labelled their music as psychedelic rock. Maybe that is right. But their music need an explanation. Their music is pretty dirty and groovy. It is also very songs based. Creature of Curiosity is by no means a spacewalk or a visit to outer space. This is not by any means spaced out music. Creature of Curiosity is a very mother earth focused album. It is also a rock based album. Therefore, I would say their music is more kraut than space or psychedelic rock.
References are strangely enough a bit Inxs, Beatles, Black Widow, early Pink Floyd and Amon Duul II. That and English indie rock. I am a bit blank here as this type of music is not my normal fare.

The quality is good throughout. The best song here by miles is The Green Hour. It is four minutes of greatness. The rest of the album is OK. I rate this as a good album and wishes this band the best. The album is a name your price download from the link below.