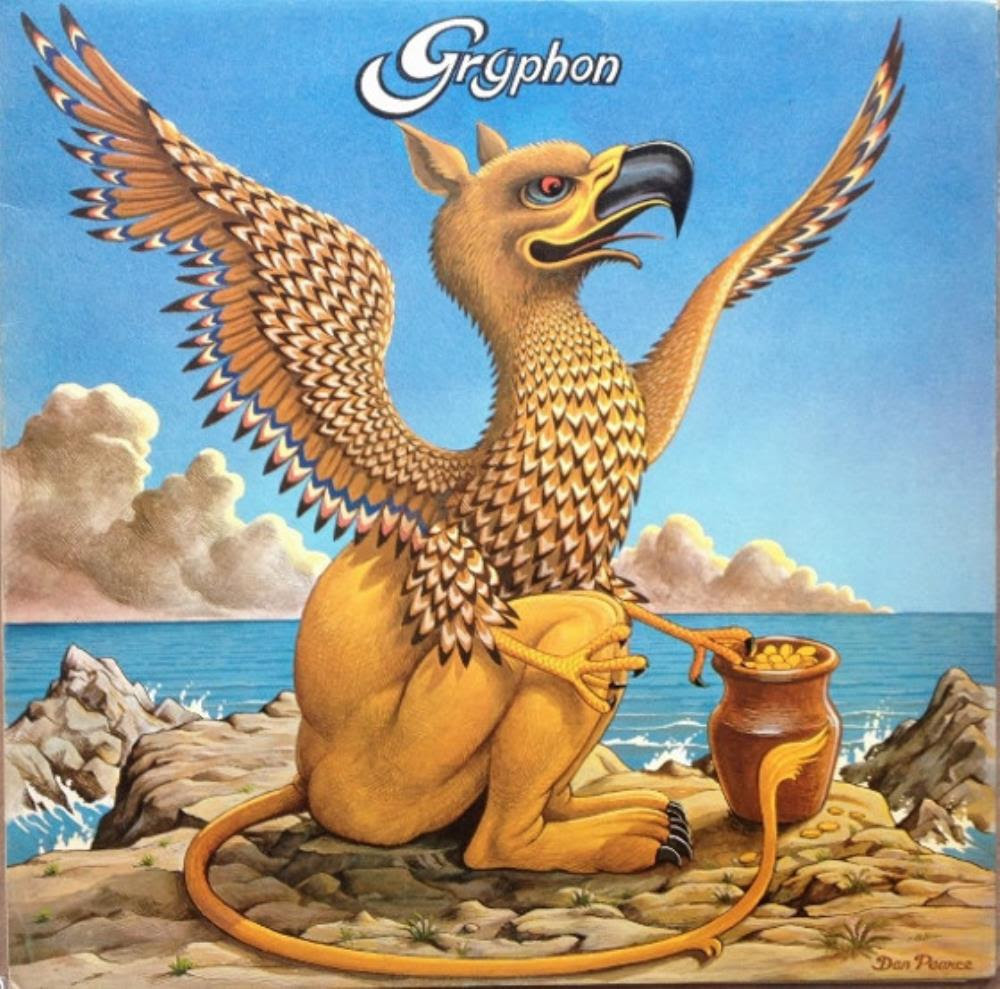 The band was a quartet with a lineup of bass, percussions, woodwinds of all sorts, flutes, harpischord, organ, guitars, drums, mandolin, glockenspiel and vocals.

I have heard about this band for the last ten years and I am very excited about this start of a series of reviews of their five albums in the next month or two. The band is still gigging and I hope I do them justice with my honest reviews.

There are some bands who plays folk rock as folk music from 100 years ago. Gryphon is not one of those bands. They have gone back at least 500 years, to the mediavel times.

The band's folk part of the folk rock is baroque and olde folk music. The rock part is early 1970s.

The band hits the world with the opening three minutes long track Kemp's Jig and you know you are really in for something here. Something special on this thirty-seven minutes long album.

The music here is a mix of baroque classical music, olde folk music and rock. The rock has a bit of a psych edge. But it is still pretty much straight forward.

Flutes, acoustic guitars, harpischord, woodwinds and the very good vocals is doing most of the work here and is leading me into Gryphon's world. A pretty interesting world it is, too.

The music is both interesting and good. It is not light hearted music. This album demand the full attention from the listener. But the rewards are here and I feel rewarded.