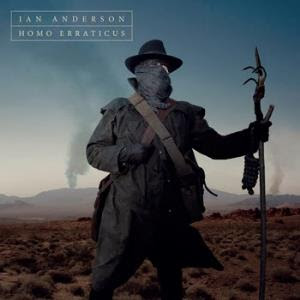 The sixth album from this British icon.

Ian Anderson does the flutes, acoustic guitar and vocals. He got help from five other musicians who offered up vocals, bass, drums, percussions, organs, piano, keyboards and guitars.

This must be around the thirteeth studio album Ian Anderson has been involved in. Most of them with Jethro Tull. But he has also done six albums under his own name. All these albums has included his very distinct vocals and flutes.

This and the Thick As A Brick 2 album is basically Ian Anderson without the rocking out stuff Jethro Tull always did. It is a much more folk rock version of Jethro Tull with a nod to their 1970s albums. That was before the rot set in.

This album is both melodic and reasonable hard. The folk rock feel is still here and this is indeed a folk rock album with flutes and fully focused on Ian's vocals. But it is still as close Ian has ever come to doing a classic Jethro Tull album. Martin Barre is not involved here so it is not a Jethro Tull album.

Ian's vocals and flutes is a big plus. But the songs are also really good. Very good in fact. It is also a concept album with three parts. It is about the mankind of some sorts.

This is in my humble opinion his best ever solo album. It is only a bit better than the Thick As A Brick 2 album. There are no real weak song here. This fifty minutes long album is one feast who unfortunate is lacking in great songs. But you really need to get this album.