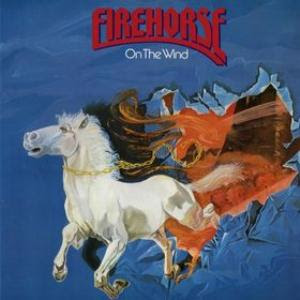 I am not sure if this was a band or a project. ProgArchives came up short in their research into this very obscure band. But they have listed twelve musicians and a lineup of guitars, bass, drums, saxophones, congas, timbales, keyboards and male English vocals. Some female vocals too chimes in on some songs.

1980 was a year of turmoil everywhere. Not at least in the music scene where punk and heavy metal ruled and where prog was as popular as rabies and pestilence.

There is not so much progressive rock here. I first thought this album was from 1969 or thereabouts. It is not. The sound does not feel like 1980 at all. This is proto-prog before Yes, The Moody Blues, ELP and Genesis turned progressive rock on it's head.

The result is not a good result. These forty minutes is not particular interesting. The music is too light weight on substance and not that interesting.

The result is a decent album and nothing more than that. Firehorse is a very obscure band for a good reason. They did not have many qualities to bring to the scene.