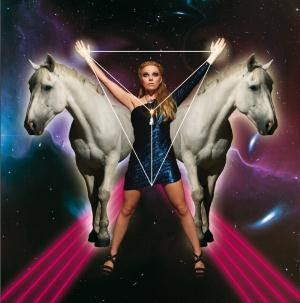 Frozen Geese was a two man combo with Graham Baily and Dave Lazonby sharing the instruments. Their ProgArchives profile can be found here.

I got two of their three albums. This one and the 2011 follow up album Disclamer. Review to follow at the end of this month.

Frozen Geese is a space rock band. There is no denying that. Their music is also at the electronica end of the space rock scene.

That means sparsely orchestrated and pretty minimalistic music. A pulsating beat with drums and bass upon some layers of electronica, sound samples and guitars is added.

This album is seventy-five minutes long and was originally released as a cassette before it was made digital and somehow found it's way to my computer. I cannot remember how that happened.

Seventy-five minutes with minimalistic space rock is one heck of a trial for most of us. And this is not a good album either. It has it's qualities scattered around this album. Fans of Klaus Schulze must check out this band and album. I am no fan of him.

This is a decent album and I have not been listening to it with displeasure. But seventy-five minutes is too long and too much of a test of nerves for me. Nevertheless, check it out.