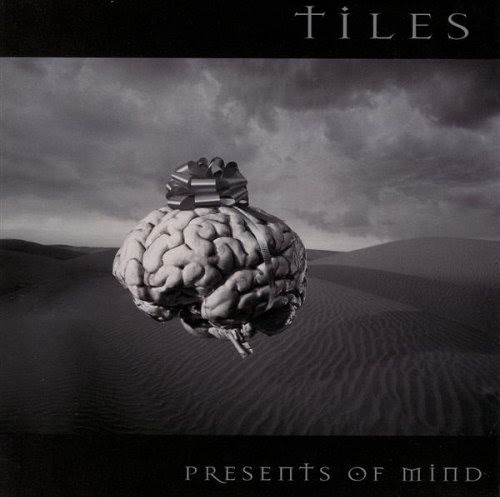 Tiles were a quartet on this album with a lineup of guitars, bass, drums, keyboards, mandolin, banjo and vocals.

On their two previous albums, Tiles ('94) and Fence The Clear ('97), the band was operating somewhere between Dream Theater and Rush. Fence The Clear was actually a good album too. I am not that big fan of their debut album.

Fence The Clear was a fresh album with a fresh and lively sound. Ditto for the music. So I had high hopes for their third album when it came up for review.....

Presents Of Mind sees the band branching out from their hard rock roots and into a much more diverse landscape. From the more adult orientated rock landscape with ballads to a more mature heavy metal landscape.

The band would like to show the world that they are a serious, very intelligent band. The result is this one hour long album.

That though requires some good melodies and songs. There is none of that here. The music is not too bad and the band knows their stuff. But this type of music requires good tunes, good melodies and a lot of substance. Which there is not much of here. Hence my rating.