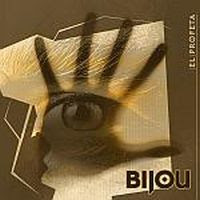 The band was a five piece band with a lineup of bass, drums, guitars and keyboards.

The band is listed as a neo-prog band in ProgArchives and that gave me a lot of hope. Hope dashed. I am not sure why this band is so mislabeled as this.

Their music is simply instrumental rock with a lot of progressive rock leanings. That and a lot of fusion leanings too. Add the likes of Camel too and you get this album.

This whole one hour long album is instrumental. It does not have much of a Spanish flavour. There are some and you can hear this band is from the Iberian region. This time; from Spain.

The music goes through the motions with a lot of guitars and keyboards. And I wonder... where the heck is the neo-prog ? It is not here.

And I also wonder.... when will this album really kick off and kick on ? Hitting the strides, so to speak. It never does.

There are some decent stuff here. But this album is far too generic and does not offers up anything of interest. This album is not progression. It is regression and a lot of running through somebody elses motions.

This album is only saved by some decent melodies. Besides of that......