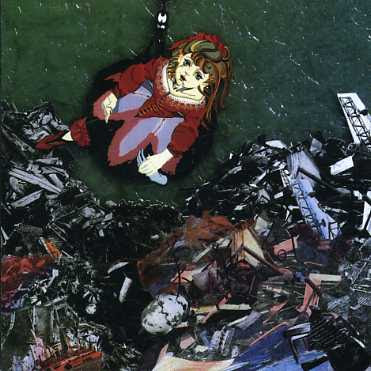 The band is again a power-trio with a lineup of guitars, bass, drums and Japanese vocals. They have hired in cello, trumpet, Mellotron, keyboards and violins.

The band was very much influenced by King Crimson on their self-titled 1982. See my review here. It was also an album I liked a lot.

Largely speaking, the band still sounds like a Japanese twin brother of King Crimson. There is a lot of Fripp'ism and King Crimson here. But melodies has been introduced..... Danger, danger, danger.

But the band and their music is still eclectic enough to make them sounding very edgy. This throughout this forty minutes long album. The melodies are good and the band has kept most of their basic ethos.

Although more melodic, this is not music for the masses. And that is a good thing.

Another good thing is the music too. There is no really great tracks here. But this is still a good album and an album well worth checking out.