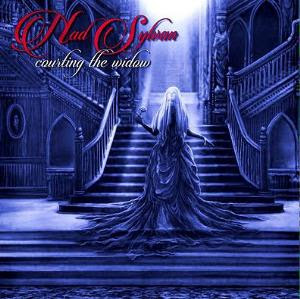 The fourth album from this Sweden based US artist.

Nad Sylvan has been involved in a lot of bands in addition to releasing four albums on his own. The most known bands are Unifaun and The Agents Of Mercy. Bands reviewed in this blog. Nad Sylvan is also a member of Steve Hackett's band on the Genesis Revisited projects.

On this album, he has got help from Roine Stolt & The Flower Kings, Steve Hackett, Nick D'Virgilio and many other guest musicians. This in addition to himself doing vocals, guitars and piano.

Not unsurprisingly, the music is somewhere near these guys named above.

Take The Agents Of Mercy, The Flower Kings and Genesis. Fuse them together and you get the sound and music here.

.... Which is loosely a right description. Some violins adds a real celtic feel to it all, too.

The music is very melodic to say at least. It is also pretty epic with the twenty-two minutes long To Turn The Other Side as the major piece here. A good piece. This one is followed by a song about a cat on a ship. A ship's cat, no less. A cat keeping the ships free of rodents and a mascot. That theme is a first for a symphonic prog album... A pretty odd five minutes long song poppy too.

My only gripe is the lack of any really great tracks. There is none. But it is a good album and one every symphonic prog fan should check out.