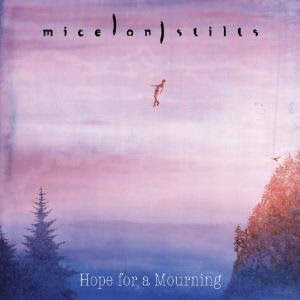 Mice On Stilts was founded by the guitarist and vocalist Benjamin Morley. He has got support by numerous other musicians here. The lineup is trumpet, bass, drums, guitars, synths, strings and percussions.

Mice On Stilts has got a very good reputation and a lot of hype is following this band. With some justice, it has to be said.

Take the English band Coldplay as the base camp here and add some space rock and a lot of post rock to their sound. Add some Gazpacho too into the mix. Sigur Ros is also a reference.
The vocas is very much Coldplay and most of the music could had been and should have been created by Coldplay too.

In other words; Mice On Stilts is a lot of a jazzed and psyched up Coldplay.

The mood is both somber and mournful on this album. The album title very much describe the music on this one hour long album. Very much so.

The music is good throughout and is suggesting that there is a lot more to come from this band. It is indeed a very much a band full of talents and ability.

As a debut album, this is more than acceptable. I hope we will hear a lot more from this band in the future.