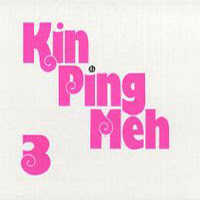 Kin Ping Meh was quite a cult group in the first half of the 1970s. Their four albums made quite an impact.

The band was a six piece on this album with a lineup of guitars, keyboards, drums, bass and English vocals. They indeed had an Englishman on vocals in the form of Geoff Harrisson. A good, raunchy vocalist.

Unfortunate, this does not make this a good album. I am not at all happy about this album. It is a decent enough album. But it has not survived the the test of time, I am afraid. Anyway, check out this album. You may disagree with me.