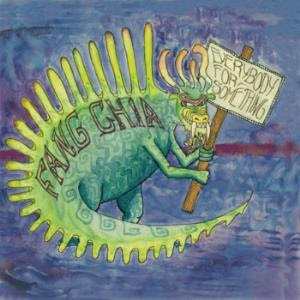 The band has only released two albums and their website is down. So I am afraid the band may have split up. The albums was also the place where you could get their albums from.

The band was a seven piece big band with a lineup of sax, guitars, woodwinds, keyboards, glockenspiel, drums, piano, marimba, percussion, bass and some vocals.

Despite of the many instruments, both sound and music is pretty minimalistic. Take jazz and add some pieces of acoustic and post rock to the mix. This is essentially what we get here.

I would not be at all surprised if it turned out that the band met and played music at a college/university. This is exactly the type of music I expect from institutions and environments like that.

The music is minimalistic and slightly avant-garde too. The vocals are a bit weird and so is the rhythm structures. This throughout this one hour long album.

This is indeed a weird album which fans of more weird music than I prefer may even love more than I do. My gripe is the music is weird and pretty interesting, yes.... But there is not much good music here. I like my avant-garde music when it has got some substance and feel. This album has not got that. Nevertheless, this is a decent album and it deserves a lot more exposure than none reviews. Check it out.