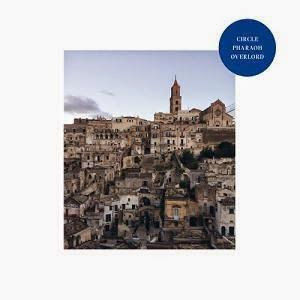 The 27th album from this Finnish band.

That is their 27th album since 1994, btw. This is a productive band indeed. They are also a cult band with an international following which also includes a guy in my daytime-job office. He is always wearing one of their many t-shirts and is going to their UK gigs. So there must be something about them....

And I have indeed reviewed one of their earlier albums. Their 24th album Manner. An album I quite liked. The band is a six piece band on this album with a lineup of guitars, bass, drums, keyboards and vocals. A guest musician supplies horns. There is a lot of horns on this album.

Circle is a space rock cult band. Dark space rock is what they do here. The opening track Koitto even takes them into zeuhl and avant-garde territory. Present and Universe Zero springs to mind.

The four other tracks is much more space rock, although greatly influenced by post-rock. There is much more walls of sounds here than intricate details.

The end result is a good album which is pretty leftfield and far from the well trodden paths. This is an album well worth checking out.