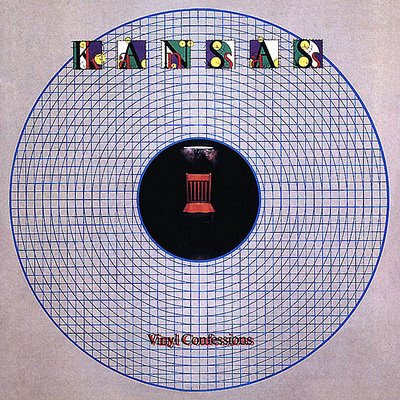 I think it is fair to say that this band had seen their best days by now. But they were still alive and releasing albums. They were still a six piece band with violin, keyboards, guitars, bass, drums and vocals.

Most of all; the band still had most of their classic sound intact. Yes, the band was much more songs orientated now and their edges had gone. Their territory was much more AOR now. Radio friendly music. And the band also employed a guest musician on saxophone. That saxophone is horrible.

The band was in short much more commercial minded than before in these very tough and plastic fantasic 1980s. The decade that gave us very little.

And the band is playing along with this plastic fantasic ethos with some catchy but still facepalm inducing synths and guitars soundbites. The guitars are also meandering into the horrible hair metal territory at times.

What this album has got though is four-five good tracks on this forty-two minutes long album. A typical vinyl lenght album. I also like their sound and their vocals.

So I can live with the really bad stuff here and I regard this as a good album. It is not one of their best. But it is still a good album.... barely.