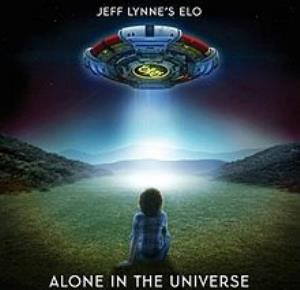 The sixteenth album from these English legends.

The band is called Jeff Lynne's ELO due to him being the only original ELO member left in the band. But this is nevertheless Electric Light Orchestra and an album from them.

Actually, I am much mistaken here. Richard Tandy from most ELO albums is also involved here as a fulltime member of ELO. The band is therefore Jeff Lynne and Richard Tandy. They have got some help from six other musicians.

The previous two albums did not set my world on fire. I was not alone in the universe (pun intended) when I described them as extreme weak albums.

This half an hour long album really comes across as a mix of ELO and Sir Paul McCartney. You can also add some of The Beatles first songs too. Not the rock'n'roll songs. Just the more teenybopper pop songs.

This is not an album fans of ELO should purchase with any great joy and hope. A couple of decent songs and the ELO and The Beatles sound saves it from a turkey status. But this is still a terrible bad album.