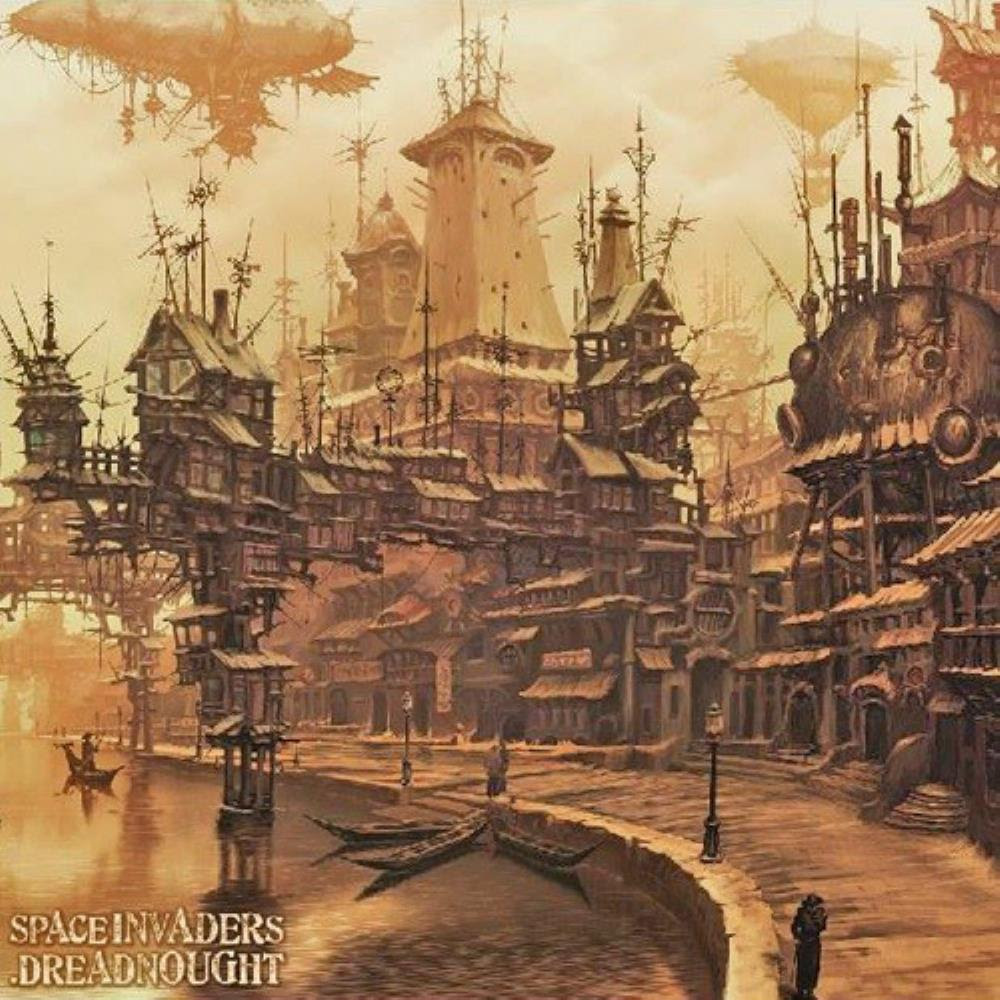 The debut studio album from this German band.

It is altogether their third album. The two first albums was live albums. Which says a lot about this band and their music......... But I have nothing bad to say about them.

Space Invaders is a side project of Electric Orange, a great German space/krautrock band.

It is also a quartet with a lineup of guitars, bass, drums and synths. And yes, the music on this eighty minutes long album is space rock.

Space rock means a lot these days. But in the case of Space Invaders, we are talking about space rock from outer space.

The music is reasonably dirty and very floating with some chugging, dirty guitars leading the onslaught on our planet and everybody who populates it. And it is an onslaught, this album.

Long, mostly improvised pieces of music is what we get here. Not much is happening in these pieces. But this is unmistaken space rock. Space rock for body and soul. Not so much for the brain.

There is nothing bad here and nothing really great. It is nice to listen to and float away on a space rock album. The quality is good too and I am not complaining. But this is not a masterpiece of an album.