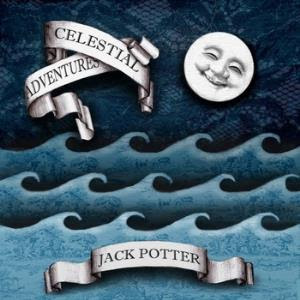 The debut album from Jack Potter from USA.

Jack Potter is a drummer from USA who has contributed a lot on Christian worship albums. He is doing the vocals, drums and keyboards here. The core of his band consists of three other members with a lineup of saxophone, bass and guitars. They are again helped by a handful of other musicians with mellotrons, violins, guitars and keyboards.

Jack Potter's roots is obvious and expressed through excessive amounts of narrations/spoken words throughout this seventy minutes long concept album. Narrations which is my biggest gripe with this album. Not the words itself, but the amount of words. It is a total overkill from the start to the end.

The music is a pretty good mix of symphonic prog and neo-prog. This album is throwing some long glances back to the 1970s. The keyboards sound is not that great though and there is no great music here. The narrations is killing of any of my interest as I am more interested in music than spoken words and story telling.

This is a decent album and that is that.