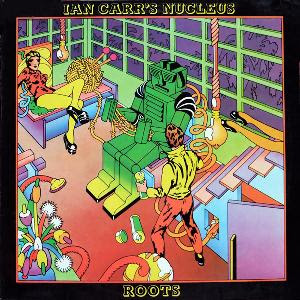 Nucleus was an eight members band on this album with a lineup of guitars, bass, drums, saxophone, trumpet, piano and organs. This album has also got Joy Yates female vocals on one track.

Most of this thirty-seven minutes long album has got a mix of guitars and woodwinds solos. The jazz here is pretty complex and hard edged. Ian Carr's trumpets is not that dominating and he is letting other instruments also have a good run.

There is no really great pieces of music here. This is a good album though where the final ten minutes is the best part of this album. Check it out.