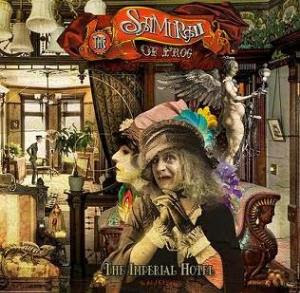 The band includes a multitude of musicians from the likes of Anglagard, Kenso, Glass Hammer, Resistor and many other bands. The core of the band is from Finland and they are a three piece. The lineup is a multitude of instruments.

This is their first album with original material after having released two albums with mainly cover versions. And yes, we are somewhere in the symphonic prog land. The title track is half an hour long.

Take a good chunk of Yes, Kaipa, Genesis, Glass Hammer and The Flower Kings. That is when you get this band. A band who are an unashamed pastisj of these bands and other symphonic prog bands.

The music is not copycat music. It is very, very inspired by the music of the greatest symphonic prog bands. That is something they have not denied. The music is though written by the band and stands proudly on it's own feet.

An the music is mainly very good too. The opening track After The Echoes is a great track, the eight minutes of it. Ditto for large parts of the title track. There are some not so good stuff here too. This is therefore a very good album well worth checking out.