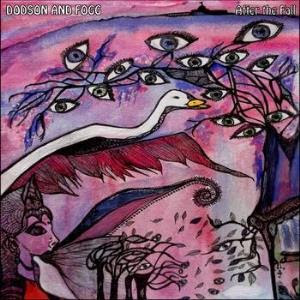 The fifth album from this English band/project. It is lead by the multi talented artist Chris Wade who also has his fingers in a lot of other pies in the art world.

Dodson And Fogg is a folk rock project with a lot of psychedelic vibes. The main instruments is vocals of all sorts and guitars. There are some added sitars, flutes, bass, percussions, keyboards and violins.

The vocals are in the forefront here throughout this forty-two minutes long album. A bit of a one dimensional album, I am afraid. I like albums with a lot less vocals and more pure music. Hence my reservations here.

As per usual when it comes to an album from this band, there is one really great track. God Above is this album's great track. A track I really like. The rest of the album is not that great.

Nevertheless, this is another good album from one of the best new folk rock bands from the home of folk rock; England.