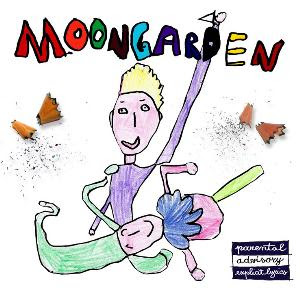 I was not convinced about this band after going through their 2003 album RoundMidnight. But I got this album too. Actually, I have had it for many years, since it was released in fact. But I have never given it any of my time until I started to listen to it two weeks ago.

I was hoping for some vintage symphonic progressive rock here. The album title and some long songs more than got my hopes up. I was in for a bit of a shock, though. Well, shock is not the right word. Surprise is the right word. Surprised that I found a very modern album here with some good old moog dominated melody lines dropped into a landscape of electronica, neo prog, rap and cinematic soundscapes.

A Vulgar Display Of Prog is surely pointing at Pantera's legendary album with almost the same name. That is where the similarities ends. There is a lot of experimentations on this album. A lot of the old world meets the new world. There is even some djent here on this rather bewildering sixty-five minutes long album.

The result is an album which does not really have a theme running through it. It does not have much coercion or a concept. It is not an album for me either. It has a some good melodies inbetween some raving mad stuff. It is an album somewhere between decent and good in my estimation.