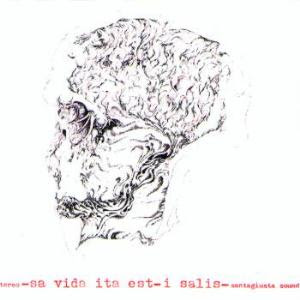 The debut album from this Italian band who released three albums and never really became anything more than an obscure band, well behind the greats in the popularity stakes.

This, their debut album is an album which feels a bit, not to mention a lot, outdated even in 1971. We get Italian beat music here with strong pop rock influences. Yes, there are some prog influences here. But this album would had been relevant in 1966 and slightly outdated in 1967. This thanx to The Beatles and the riveting revolution the beat genre went through back in those days.

The music is created with guitars, bass, drums and some pretty decent vocals. The vocals feels a bit forced and screaming at times. I would not recommend this vocals in a smoke filled pub. An immediate loss of the voice would be the result, followed by some days of silence.

The music here is not too bad. It is a half-decent album. One hour of this music is a bit too much and you really have to be a die-hard fan of Italian music to go for this album. A weak decent reward has been issued. The next album must be better than this one.