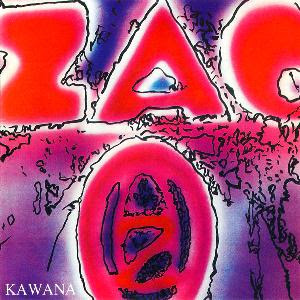 The fourth album from this French band. A band who started out as a zeuhl band in the shadows of Magma but who very quickly moved to the jazz and fusion genre.

Kawana is very much an album in the Mahavishnu Orchestra and Soft Machine mould. A mix of those two bands in my view. Electric violins are mixed with woodwinds, keyboards and piano. Those carries the music along. And the music is great throughout. I really love this kind of music and have found a new good friend in this album. The solo runs are great and the band is tight. The music is not as jaw dropping intense as the best albums from the two above mentioned bands. It is still a great jazz album though and highly recommended.