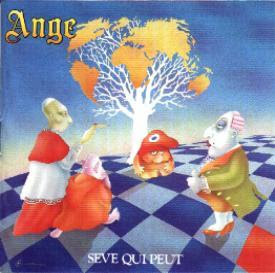 Their 14th studio album and a concept album about the French revolution in 1789. 1989 was the 200th anniversary of this event.

The lyrics are in French and this is a concept album. I do know the history very well though and it is always great to listen to Francis Descamps vocals. He is in great form here. The music is a mix of their best album and the worst sound of the 1980s. A sound I hate. The sound is not a great sound either and a major let down of a rather fine album.

The songs are at best very good and this is a major improvement on most of their rather poor 1980s output. It is a kind of a comeback album too. The greatness of the once so great band Ange can be heard here. This is a step in the right direction although it is not their finest album.