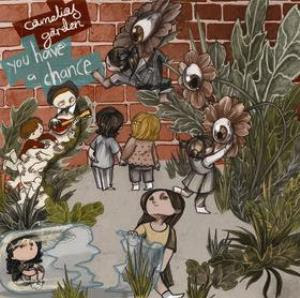 Yet another debut album from Italy in the, broadly speaking, prog rock genre.

This time in the more folky pop-rock end of the prog rock genre. Not strictly Italian prog rock. But more like British folk rock. This band sings in English and has musically relocated themselves to England, although they are living in Italy. Fair enough..... although I would prefer Italy if given the chance.

The sound is English and the band has taken a lot from both early Genesis and Magna Charta. There is a lot of pop-rock here too. The vocals is light and airy. The use of organs, flutes and acoustic guitars gives the sound an acoustic feeling. There is a lot of vocal harmonies on this album too. This is indeed a folk rock album.

The wonderful first bars of the opening track Some Stories gives me a lot of Genesis vibes. Unfortunate, those are not representative for this album at all. The music has too much pop-rock vein for my liking although there is also a lot of early Genesis like stuff here too. That said; this is a very good debut album which shows a lot of promise. I hope this is not a one of album from a band who disappears again. Give us some more, please. Count me as one who would like to follow this band with great interest.