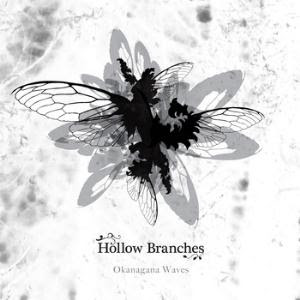 The debut album from this USA-Norwegian internet collaboration. A collaboration between Marius Sjolie and Robert Osgood.

Okanagana Waves takes us deep into melancholia, ambient and post rock. Or post prog for that matter. The sound pictures is being painted by guitars, synths, drums, bass, piano, computers and Robert's both very fitting and great melancholic vocals. Not exactly a party in the local community hall, this album.

The sound walls is not particular overpowering, the silent ambient reflections being the tool used by the band. "Less is more" is the motto here.

The result is an album which slowly creeps up on the listener. But not enough is my view as there is no real great tracks here. I really like what I hear, but I am not overawed by this album. The band has done everything right bar writing great tracks. Those into ambient rock should check out this good album though.