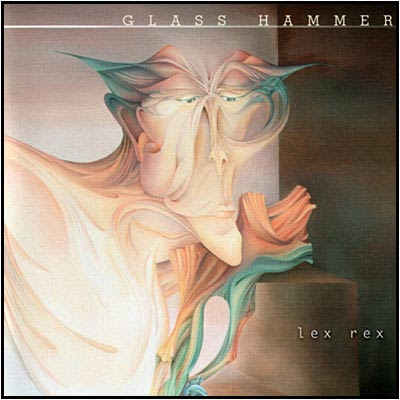 The new US masters of symph prog returns with their sixth album.

Their first five albums has been a bit on and off, quality wise. Their first two albums pretty dire. They were a bit too Tolkien obsessed. Many fans discovered their albums through the Tolkien fan websites. A smart career move by the band perhaps.

Anyway; Lex Rex is a move into a more lush symph prog landscape. Yes is a good reference. But Lex Rex is much more symphonic classical than Yes ever was. That requires some great music. The just over one hour long Lex Rex mostly pulls it off. It is clearly a concept album where the interplays between keyboards, vocals and guitars is the melody lines. The bass and drums is there to add some textures too. The sound is very traditional US symph prog. The music is almost ambient at places. There is not much contrasts in their music. That is the reason why they are not quite pulling this off.

The music is good throughout though. It is still found wanting and I am left wanting a couple of great tracks too. But by all means; this is a good album which will not disappoint any symph prog fans.