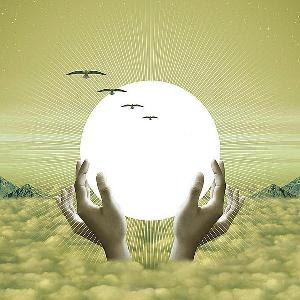 The seventh album from this Japanese band. They released two albums in 2011 and the other one were typical neo-prog if my memory serves me right.

Legend of Gold Wind is nowhere near neo-prog. This is an acoustic album, dominated by flute and guitars. Piano and clarinet is the two other instruments. That says it all. This is what we call chamber rock. The two most known band in this genre is Aranis and Flairck. Asturias very much sounds like a lighter, more upbeat version of those two bands on this album. The flute also sometimes lays a layer of Eastern music on this album. Besides of that, this is very much Flairck territory.

The music sounds a bit chaotic and not particular worked through before putting it on an album. This band still has a long way to go before they reach the heights of Aranis and Flairck. There not many good ideas here. We get an onslaught of chamber rock without much substance. I am afraid this is not for me, this album. It is decent enough, though.