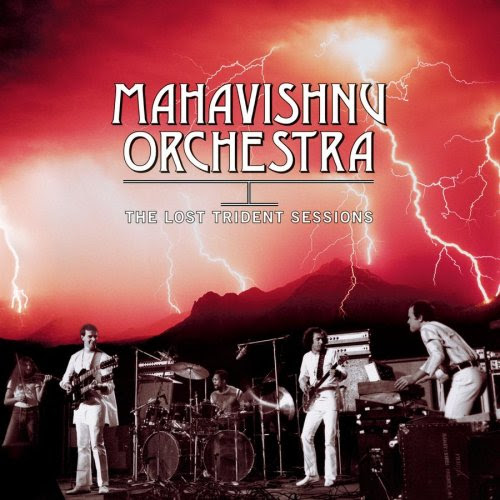 The final Mahavishnu Orchestra studio offering, their eight studio album in total. In reallity, this is their third album. Most of the songs here was released on the stunning superb Between Nothingness & Eternity live album back in 1973.

Recorded in their creative peak, the five compositions here showcases why this band is so held in high respect and love even today. Their first four albums + this one + Between Nothingness & Eternity showcases fusion/jazz of the highest quality, the highest order. The music on The Lost Trident Sessions showcases plenty of stunning impressive fast interplays between the musicians here. Between violins, bass, guitars, drums and keyboards. The musicians here is among the best in the scene back then. The likes of John McLaughlin, Jerry Goodman, Jan Hammer, Rick Laird and Billy Cobham.

I love  John McLaughlin's guitars and his guitar solos could had been longer in my view. The guitar solos were a lot longer on the Between Nothingness & Eternity live album. There is no real killer tracks here either. But The Lost Trident Sessions is still a great album and essential for any fusion fans. I am bowled over.