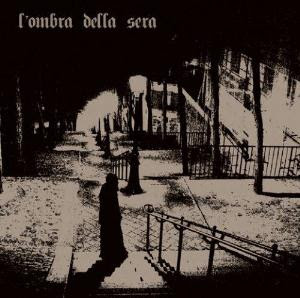 L'Ombra Della Sera is La Mascera Di Cera on a slightly different approach to music than their usual albums. Hence them using a different name this time around.

This album is their debut album and very probably a one of album. It is the band doing their versions of, for Italians, some well known Italian TV music themes. Hence the different band name this time around as the music is far removed from the normal La Mascera Di Cera's symphonic prog. L'Ombra Della Sera plays a much more lounge jazz and funk themed music in line with the usual TV music themes.

When I said Italian TV music themes, let me also add that some of the themes and melodies also sounds familiar even to me. I guess most of you will also be familiar with this music too. The result is a mostly lounge jazz and funk dominated album. Some of the synths used are dubious to say at least. I have never been a fan of the 1980s. The mellotron used is far better. The music is good throughout, taken the limitations into account. TV music themes is not my cup of tea. The more jazzier parts here, which is very Canterbury like, is saving this album for me. I have enjoyed it and I will still continue to enjoy it. No real great melodies here though. Still.......