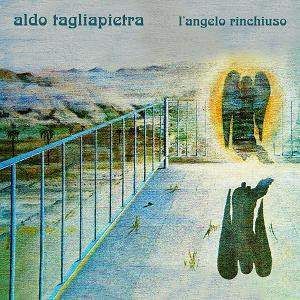 His previous album Nella pietra e nel vento from 2012 got very good reviews among my friends and I therefore jumped on the chance to review his brand new album.

I don' t really know what he did on his four previous albums or why they are not considered as proper Italian prog rock. I suspect that Aldo has made a big step towards Italian prog rock and symphonic prog on his new album though. Starting out as a more pomp pop/rock album in the beginning with Aldo's voice as the leading instrument, the keyboards and guitars soon takes over and joins Aldo. There is a lot of very good instrumental solos and bridges here. Mostly by keyboards. The final half of this album takes us into solid Genesis territory, their mid era.

Aldo's voice is a joy to behold and I don't mind the first half of the album which is vocals dominated. The final half of the album is more my thing though with majestic and high flying keyboards parts. This album is suffering from the lack of any great tracks. But it is still a very good album which any prog heads should check out.