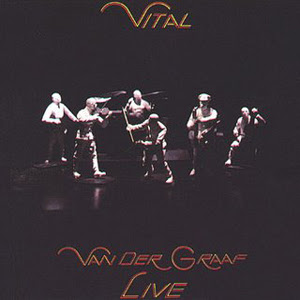 Their first live album and released on the strength of some excellent studio albums and gigs.

I am not going to write many lines on this album as I have found it pretty much not representative for this band, one of my favorite bands.

That is why it is so difficult to understand why they released such a substandard live album. Peter Hammill's vocals sounds forced and not right up there. The instrumentation and the arrangements on the songs are pretty strange. Some of their best songs has been omitted here. This live album sounds more like an artistic experiment than a greatest hits live album which was meant to sell more studio albums. Frankly, this live album is more a turn off than a turn on.

There is some very good songs here though and this is a good album. It is their weakest live album though. A weak three pointer is awarded.