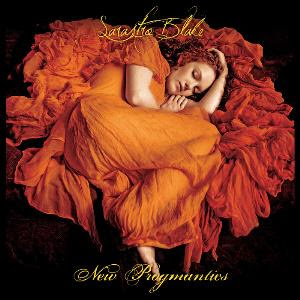 The prog rock world seems to be in the middle of a wave of upcoming guys projects which includes many of the good, old heroes. In this case; Paolo Pigni from Mogador has invited the likes of Richard Sinclair, David Paton, Billy Sherwood, Nick Magnus, Dave Lawson and Rick Wakeman to play on a couple of tracks on this, his solo debut project.

The result is fifty five minutes of melodic prog. Or to be more precise; melodic rock. The album starts promising enough with the song The Lady Of Shalott which is a great song. The first half of the album is great. A bit fragmented and a lot of emphasis on melody instead of complex prog. It soon dawns on me that this is not an album for those of us who are into complex melody structures. The inclusion of the folk hymn My Heart Is In The Highlands more than confirms this impression. A hymn brilliantly sung by Amanda Lehman and a sure winner among those who has not already heard this song hundreds of times as I have. Fair enough and still a great song in my ears.

My gripes is not so much the quality of the songs. My gripe is that this project sounds more like a family gathering where everyone from the two months old toddlers to the grand-grand-grand fathers needs to be catered for and is required to contribute. The result sounds a bit bland in my ears. Melodic rock is not my thing as I am more seeking musical challenges in zeuhl and jazz at the moment. When this is said; this is a great melodic rock album which includes many of our heroes. Richard Sinclair even does vocals on one song here and that is well worth checking out. A weak four points has been awarded with a wish that as many as possible checks out this album.