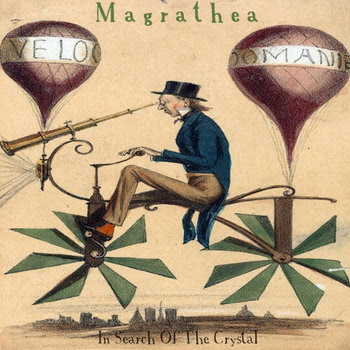 The fourth album from this English band and originally released in 2006. Now re-released with a re-recorded guitars on Bandcamp.

Magrathea was formed in the early 1990s under a different name (Drama) but did not do anything under that name. They play a mix of symph and neo. On this album, I would say mostly neo. References are both Genesis and Marillion.

The sound is good. The guitars still feels a bit jarring in the sound and the negative on this album. The vocals are good and the use of flutes are great. The bass, drums and keyboards are good too. The music itself is good too without really impressing me. The music is too much neo prog for my liking and there are some light hearted poppy songs here too with the much hated 1990s sound. There are some brief flashes of inspired moments on this album. But not many enough. Fans of Genesis and neo prog should really lap up this album though as it is a name your price album. Link below.