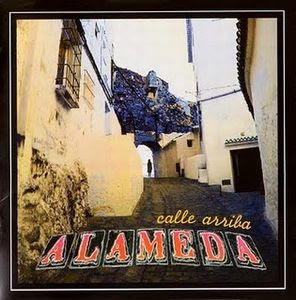 The seventh and so far last album by this Spanish band who released their debut album back in 1979.

Alameda was one of the bands in the Spanish prog rock scene back in the 1970s and thereafter. They have been compared a lot to Triana. Not an unfair comparisson. The vocals are in Spanish, there is plenty of flamenco and folk music here. The music is folk pop with some passionate rather heavy guitars and keyboards to back up the vocals. This is very much a song and vocals orientated album. Verse-chorus-verse... that is the concept here. The music is very Spanish. Let me put it like that.

The quality is not particular great though. The music is too slick and too bereft of substance. There is no real good songs here. A couple of attempted jazzy racy melodies saves this album from the turkey yard. I somehow don't believe this is their best album though. Maybe I should get one of their other albums too. This one is not to my liking though.