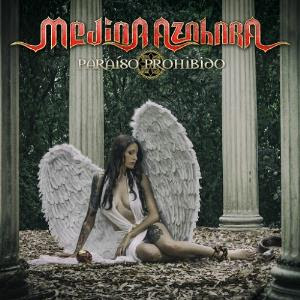 The 18th album from these Spanish legends.

The band is a five piece band on this album with a lineup of guitars, keyboards, bass, drums and Spanish vocals.

Medina Azahara is legends and a national institution in Spain. Their first album, a self titled album, was released back in 1979. The vocalist Manuel Martinez has been the vocalist on every album if I am not much mistaken.

The band is most of all a Spanish band who carries the Spanish soul with them. A soul incorporating the various nations which is Spain, a confederation of various nations.

The music is being lead by Manuel Martinez vocals with a lot of chugging guitars and keyboards too. The bass and drums is pretty sharp too. But Manuel Martinez is the star here. And his, very untraditional vocals, is a joy to behold.

And the music is pretty commercial too and is not the type of music I should like. But I find this band and their music very charming. My, by default, grumpiness towards this type of music is being disarmed.

There is a lot of quality in this album too and it should be checked out although this album is as cheesy as a dairy farm. I give it a good rating.