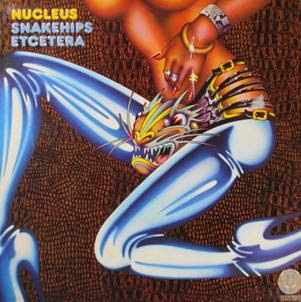 Nucleus had produced some good albums with various personell changes inbetween. Ian Carr was the only original member left and very much the leader of the band. He gets help from five other musicians here. The lineup is trumpet, Moog, percussions, woodwinds, bass, guitars, keyboards and drums.

Ian Carr has often been described as Europe's answer to Miles Davis and that also shines through on this album. The jazz here is very funky with some good trumpets, woodwinds and guitar solos on the top of some really funky beats.

The music is American in it's style and very much from the hoods and ghettos. Dreary English weather, town and villages does not come into it....... The album also got plenty of sun and light.

The music is good throughout without really impressing me. I quite like this album though. It is a good one.