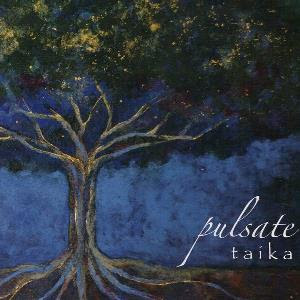 I guess this is the debut album from this female fronted Japanese band. I got no info on them whatsoever.

Taika plays a mix of neo prog and modern indie rock. The female Japanese vocals is pretty dominating, the music being built around it. The bass and piano is also a pretty dominating feature here. So is what I believe is some accordian too. Some guitars and drums completes the sound.

The sound and music is flowery Japanese rock with a lot of crossover classica music/rock (Rennaisance springs to mind) and folk rock included. It is like a Japanese garden with tonnes of various types of flowers. Very colourful. Unfortunate, a bit one dimentional too. This album, at least. There is no great or even good songs here. The album ticks away without really making any impressions, besides of the Japanese vocals which is not something you will hear coming out of my speakers quite often.

....However, the album does grow on the listener and I am quite liking it now. Maybe it is worth checking out. It is a decent to good album.